The La Torre Winery is located near the beautiful village Sant'Angelo in Colle, in the southern part of the Montalcino municipality, much larger and well-known wineries such as Banfi and Il Poggione as neighbours.

The winery operates on a traditional basis, although its practices respond to developments in know-how and environmental protection. The south and west-facing vineyards are on Eocene terrain with a base of pietraserena, galestro and limestone. The terrain is harsh and stony, ideal for growing wines with a distinctive personality. The hillside location favours the development of a complex, intense bouquet.

The wine making in La Torre according to Luigi, owner and wine maker, is “traditional but not conservative”. The grape-growing and wine-making processes follow traditional criteria but are responsive to experimentation and monitoring in the field. The vineyard measures 5.6 hectares, is at an altitude of 430 m above sea level, and harvest is typically at the end of September.

Luigi Anania (owner and wine maker) describes the history of his family estate:

“The estate had been worked as a farm by sharecroppers, with livestock, cherry trees, wheat and mixed olive trees and vines. When I arrived there with my father, the local country people described the La Torre Estate as a hillside area known for its vipers, mushrooms, oil and elegant wine with an intense bouquet. There was a large farmhouse on the top of the hill, surrounded by a wilderness of brambles, broom and ilex trees. My father planted the first vineyard, two and a half hectares in area, in 1976, and then in 1999 I planted another three hectares, so now the vineyard totals about five and a half hectares and it surrounds the house on the south and west. The house, where a family of eighteen used to live in the sharecroppers’ time, includes the cellars where the grapes are processed and the wines are aged. When my father and I came to Montalcino, there was a popular legend concerning the name “la torre". It was said that beside the farmhouse there used to stand a tower belonging to the Sassetti family, who owned the hillside estate before the Ciacci family. According to the legend, one branch of the Sassetti family discovered gold in the foundations of the tower and decided to demolish the entire building to take the gold and flee to Florence. There is a street called Lungarno Sassetti in Florence, but I do not know if there are any links to the Sassetti’s who ran away from Montalcino, or whether the tower with its gold really once stood where there is now a Brunello vineyard. In nineteen seventy-six, when my father planted the first vineyard, Montalcino was still a farming community and Brunello di Montalcino wine was only known to a few great connoisseurs. Then in the Eighties the media started to treat wine, previously just another form of agricultural produce, as a media product, and Brunello became a famous name with many consumers. Those were the years of the rise to fame of large Brunello producers, who launched their wines onto the Italian and foreign markets, gaining visibility through the media circus. My father and I came here just before the start of a major transformation process, which affected not only the conversion of wine from an agricultural product to a media phenomenon but also the adoption of new scientific techniques in wine-making, and the introduction of the first IT methods into wineries. My estate management policy, in agreement with my father, was to combine the techniques I had learnt from my degree in agriculture from Florence University with the knowledge of a number of old farmers who cultivated their vines and made their wines with enthusiasm and meticulous care. The decision to maintain contact with the traditional farmers was the key to remaining in touch with the surrounding territory and producing wines of local character with a strong bond to the land where they originated - Montalcino and the La Torre estate in particular – during years of rapid transformation, when wineries were in danger of losing their traditional roots and focusing on the cellar rather than the vineyard, with the same techniques in use all over Italy. The bond to the territory, or the terroir, as the French call it, must be flexible and dynamic and not rigid and Manichean in the sense of ridiculously absolutist interpretation of the rules or, in today’s terms, the “Northern League” attitude to authenticity. This means that it is quite possible that vinestocks apart from those already grown in the area may one day be introduced to Montalcino (the great human migrations have always brought grapes from other parts of the world, such as alicante, which came to Tuscany from Spain in the Sixteenth Century), but consideration should still be given to the native varieties still present and those forgotten over the years. This gives a broader view of space and time and ensures respect for every single life-form, whether present or past, and thus worthy of survival. The latest wine I have created is called AMPELIO and is perhaps the clearest explanation of my ideas on this, since it comes from a blend of three native grapes, sangiovese, ciliegiolo and alicante, the first of which has been grown since Etruscan times, while the other two were brought later from other countries. The name AMPELIO, which recalls a form of traditional place-name now dying out (AMPELIO, SATURNO, ALISARDO, GIOCONDO, OLMO etc.) was chosen in memory of an old farmer friend, whose hands moved as he tended his vineyard like those of an artist, in an exquisite blend of grace and necessity.” 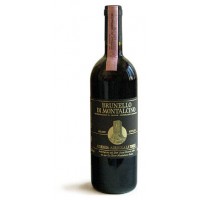 Brunello di Montalcino 2014 CURRENTLY OUT OF STOCK
This fantastic Brunello from an outstanding vintage is fermented in stainless steel for three weeks,..
SGD65.00
Ex Tax: SGD65.00
Add to Wish List
Add to Compare 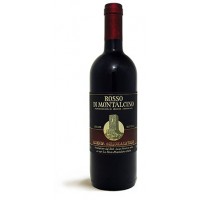