Ferraris Agricola is a small family-run winery focussing on a rare grape variety you may have never come across: RUCHE!

Ruche, in our opinion, is one of the most amazing Piedmont wines we have tasted, and one that that perfectly fits with spicy Asian dishes (read more aboout the Ruche grape below).

"As is his philosophy, Luca always tries to combines tradition and technology, with a respect for the land, in order to obtain the best results possible, while constantly seeking to improve. It’s a choice which has proven to be quite effective, allowing Ferraris a certain room for experimentation in the vineyard and the cellar. Consequently, the winery has been able to create products which set them apart from other wineries in the region, as best demonstrated by Opera Prima: no-one ever believed in the aging potential of Ruchè but… well, you can be the judge!!"

To understand how the Luca Ferraris winery came about we must trace the story back to the nineteenth century, when Luca’s great-grandfather, Luigi Ferraris, emigrated to America during the gold rush. Striking gold, he sent the money back to his wife, Luca’s great-grandmother Bruno Teresa, giving her the chance to realize her dream. In 1921, after her husband passed away, she bought the house in Via al Castello which until recently housed Luca’s winery. Two years later, Luca’s grandfather Martino purchased “Il Casot”, which at that time was nothing but a simple rural hut in the middle of 40,000 square meters of land.

Martino planted vines and bought barrels in order to be able to make wine with his own grapes in his own cellar. He started by selling his wine to wholesalers of the area, then later began to increase business by selling larger bottles to individuals, travelling back and forth to Turin every week on horseback. Today, on that land, we have one of our most representative vineyards: “Vigna del Casot”.

The new Luca Ferraris winery was built quickly in 2009. The switch to a more modern winery was necessary: despite the global economic climate, the company was growing rapidly, thanks in no small to the increasing popularity of Ruchè. The building, 1,000 square meters wide and three stories high, is located on the main road between Asti and Castagnole Monferrato. The cellar and storage room are located underground, where temperature and humidity are constant all year round. The ground floor is where all production, from pressing to bottling, takes place. The latest machinery allows Ferraris to produce the best possible wines without interfering with their natural characteristics. This is possible only with the combination of modern technology and old winemaker’s knowledge. Luca’s family taught him not to pander to a wider but less-educated public by producing wines which betrayed their varieties’ typical characteristics.

Luca Ferrari's Ruches are among the top wines in the Monferrato region, and his wines received numerous awards (Decanter Asia, Gambero Rosso, Merum). The wines of Ferraris were also featured on the front cover of the Wine Spectator recently.

The Ruche grape ripens quite early (first ten days of September). It accumulates good levels of sugars, and in spite of its generally low acidity it maintains a healthy level of malic acid, which gives the wine crispness.

The grape's chief characteristic is its rich concentration of polyphenols, expressed mainly as tannins, which build good structure into the wine. Depending on the growing season, controlling the maceration can effect a tannin extraction that is selective, and thus yields a balanced wine. The extraction data show that, at the moment of picking, the grapes were at a significant stage of ripeness and the notable tannin content in the seeds means that the largest proportion of the tannins was in fact contained in the seeds. Tasting of the grapes revealed that the seeds were quite ripe and thus permitted a lengthy maceration, for maximum extraction. Its terpenes make Ruche a very aromatic grape, and they express themselves in Opera Prima as impressions of spice, geranium leaf, rose petals, and ripe fruit.

The Ruche grape is originally from the hills area of Castagnole Monferrato, to the northeast of Asti. Although specific documentation regarding this variety is lacking, it displays distinctive morphological traits and analytical characteristics, so distinctive as to set it apart from the other varieties of the area. Tradition reports the grape as present since ancient times in the Castagnole Monferrato area, and wines from it were consumed locally in historical commemorative events. Don Giacomo Cauda, the parish priest of the town, who died in 2008, was the one who recovered this indigenous grape, personally overseeing its cultivation and its vinification into a monovarietal wine. His efforts led other grape growers to put their faith too in Ruche, until it was rewarded with the award of DOC status. The first description of the grape did not come until 1987, in conjunction with the official application for the DOC. This is a wine whose histoty bas yet to be told, but one with sensoty characteristics that are quite unusual compared to the other wines of Piedmont. 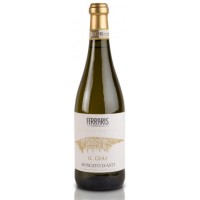 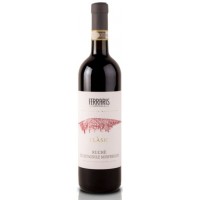 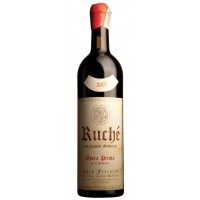 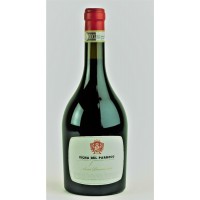 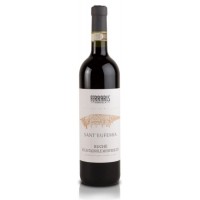 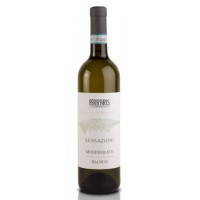