The Rizzi winery is located in Treiso, only a couple of kilometres from the small town Barbaresco itself. The winery resides in a beautiful exposed hilltop eighteenth century estate.

Today’s winery operations were was set up in 1974 by Ernesto Dellapiana. Having grown up with a passion for the land and wine-growing, in 1973 he decided to leave the city - and an established paper-making business - to follow the great love of his life: the land of the Langa, and its hard-to-work hillsides.

Over the years the winery’s proprietor has dedicated himself to extending and improving the winery and its products in terms of both quantity and quality, making it - with its 90 acres - one of the largest, and most interesting and unquestionably important wine estates in the Barbaresco-growing area. Jole and Enrico Dellapiana, the daughter and the son of Ernesto now are actively engaged into the activities of the estate. Jole has begun to deal particularly herself with the commercial and bookkeeping management of the firm, while Enrico, graduated in Enologia to the university of Turin, has taken over the production side, improved the quality of wines dramatically,  and also following the net sale in Italy and abroad. How is BARBARESO different from BAROLO?

An often-asked question, this can be answered in brief as follows: both wines are made from 100% Nebbiolo grapes, and the two areas are merely 30 km apart.

The Barolo region of 11 small towns and villages has more clay-based, heavier soils and a slightly cooler climate. The Barbaresco area is slightly warmer and has sandier, light soils. Therefore, Barolos are harvested later in autumn, and the wines tend to be more tannic, austere and “masculine”. Barbarescos are harvested slightly earlier, and tend to be rounder, warmer, less tannic and somewhat more “feminine”. However, the wine styles can largely overlap – for instance, our Barbresco Nervo 2011 is extremely powerful and has a solid tannin backbone, so it could be easily mistaken for a Barolo! 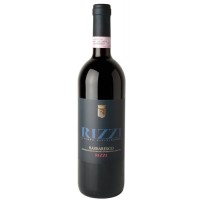