“Sassicaia of South Italy” – one of the most prestigious and exciting iconic red wines from Italy – from winemaker & photographer Silvia Imperato!

The history of this prestigious benchmark winery starts in the mid-80ies, with a group of friends who love wine and has the desire to experiment. Among them there were Silvia Imparato, a professional photographer, and Riccardo Cotarella, the wine wizard of Italy. After six years, the first bottles of the “Sassicaia of the South, initially made from 90% Cabernet Sauvignon and 10% Aglianico grapes was created, the first vintage of a wine that will adopt the same name of the nearby castle - Montevetrano. Montevetrano has its name from a medieval castle near Naples in Campania, South Italy, that dates to Roman times.  A property of the French Bourbons, the estate itself was an inspiration for a blend of French varietals with the Campanian king of red grapes, Aglianico. Pleasing scores of wine lovers around the world with its distinctive character and rich spectrum of flavors, Montevetrano is one of the most sought-after wines from Italy.

Montevetrano is a strongly persistent wine, it benefits both from its coastal location and mild climate, in a vineyard protected by the Picentini Mountain peaks. With its distinguished style, this is a wine characterised by its sophistication, the complexity of the soil in which it is grown and the scent and colour of the land. Its colour is a deep, intense and concentrated ruby red. It has scents of woodland with hints of violet, blackberry and cherry. Spiced tones drawing on liquorice, myrtle, cinnamon or chocolate, mint and tobacco, depending on the year and the development in ripening; well-balanced through a magnificent blend of tannins, acidity and wood, it has the promise of a young wine that ages well, transforming from such a sensual concentration into elegance.

The highest rating in the Gambero Rosso "wine bible of Italy" is 3 glasses - and the two wines with a consitently surreal perfect rting are - Sassicaia and Montevetrano! Just for the record we repoduce those boring charts::

The Gambero Rosso wrote about Silvia Imperato in the latest 2017 edition “Right from the start of her winemaking career, she began raising the bar, imagining a wine that would not only be representative of its growing area, but also compete with the world’s finest wines in a frontierless market. And she has succeeded. Her Montevetrano, a blend of Aglianico, Cabernet, and Merlot, is one of Italy’s great reds.” 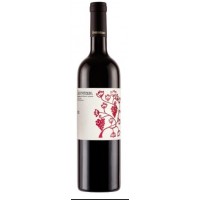